Falling on trad gear in climbing 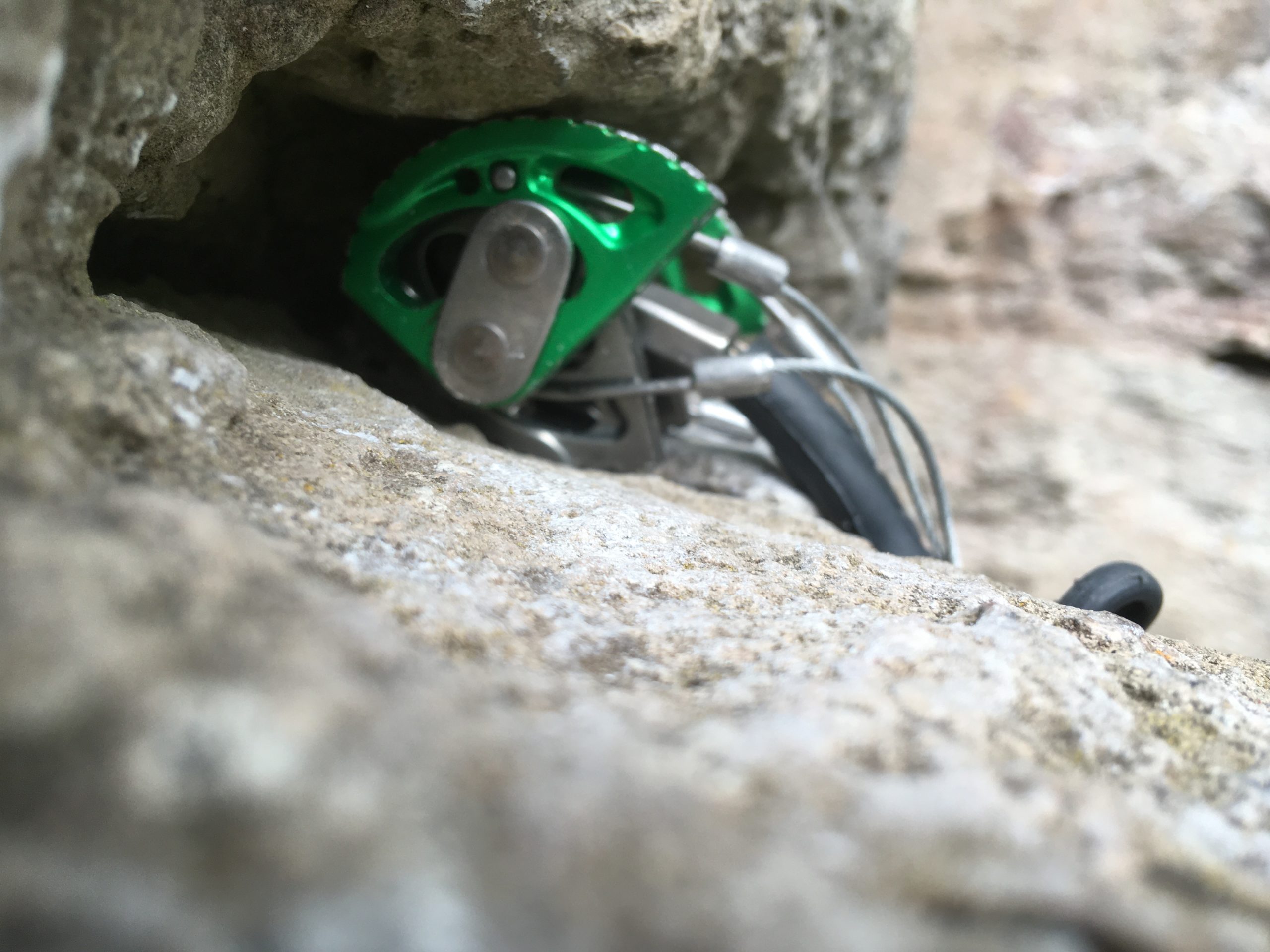 Falling on trad gear in climbing

So where does the mind set come from in trad climbing, where the leader doesn’t fall or we are unsure about falling on trad gear in climbing?  Does it come from the olden days, where with the use of twill ropes, which have the dynamicity of a steel cable.  Tied around the waist, and pitons you would never want to take a fall.  Unless you’d like to be torn in two.  Or does it come from the insecurity and lack of self-belief of placing one’s own placements?  Or possibly not trusting the engineering within the equipment.  This then has a big effect on your climbing performance.  And you are more than likely climbing below your physical limit on trad.

Whichever your reason, falling on trad gear in climbing can be almost as safe as clipping bolts.  Although this does depend on many factors:

Wouldn’t it be great if our trad climbing grade was similar to our sport climbing grade.  I say similar, as when we sport climb we just clip bolts, and not much energy is consumed thinking through this process.  On the other hand, when trad climbing, you have to find the right piece of trad gear for the area you are looking to place it.  Which usually means holding on for a little longer.  If we are not well practiced, this could take even longer, faffing to find the right piece of gear.  With the pump slowly creeping in.

Whether the belief of the leader doesn’t fall comes from history past on through generations of climbers.  Or other reasons.  Personally, I think it comes from either of the following 3:

Self-taught climber – This is the climber who learnt through going out by themselves.  Picked up bits of information from lots of different sources.  Whether this be friends, books, and/or internet.  These climbers never have had formal tuition, and some may not know what would be a good placement.  I am not saying its rocket science, but having formal tuition from and experienced instructor/climber can be a real eye-opener.  It may be the reassurance you need to say that what you have been doing is right.  Or you may just need that little bit of tweaking to make everything just a little better.

Psychological gap – This is the climber who understands what a good placement is.  But doesn’t trust the gear itself, as they have never taken a fall on them.  Or maybe only once, accidently, a few years ago.  They understand how strong a piece of equipment is, but psychologically they have not had the experience of falls on trad gear to feel secure it all works.

We have been running a workshop for the last 4 years called, the trad climbing falling workshop.  Which has been very successful.  Closing the gap between sport and trad climbing grades.  Giving people the confidence and skills to know what is a good placement.  Giving them the self-belief of their own placements, and giving them the opportunity to fall on the gear to know that it can actually hold a fall.

If you are interested to learn more, we run trad climbing falling workshops.