Black Diamond have taken their smallest cam unit and their most flexible unit, thrown them together. Added some cool features to give you the Black Diamond Z4 cam. 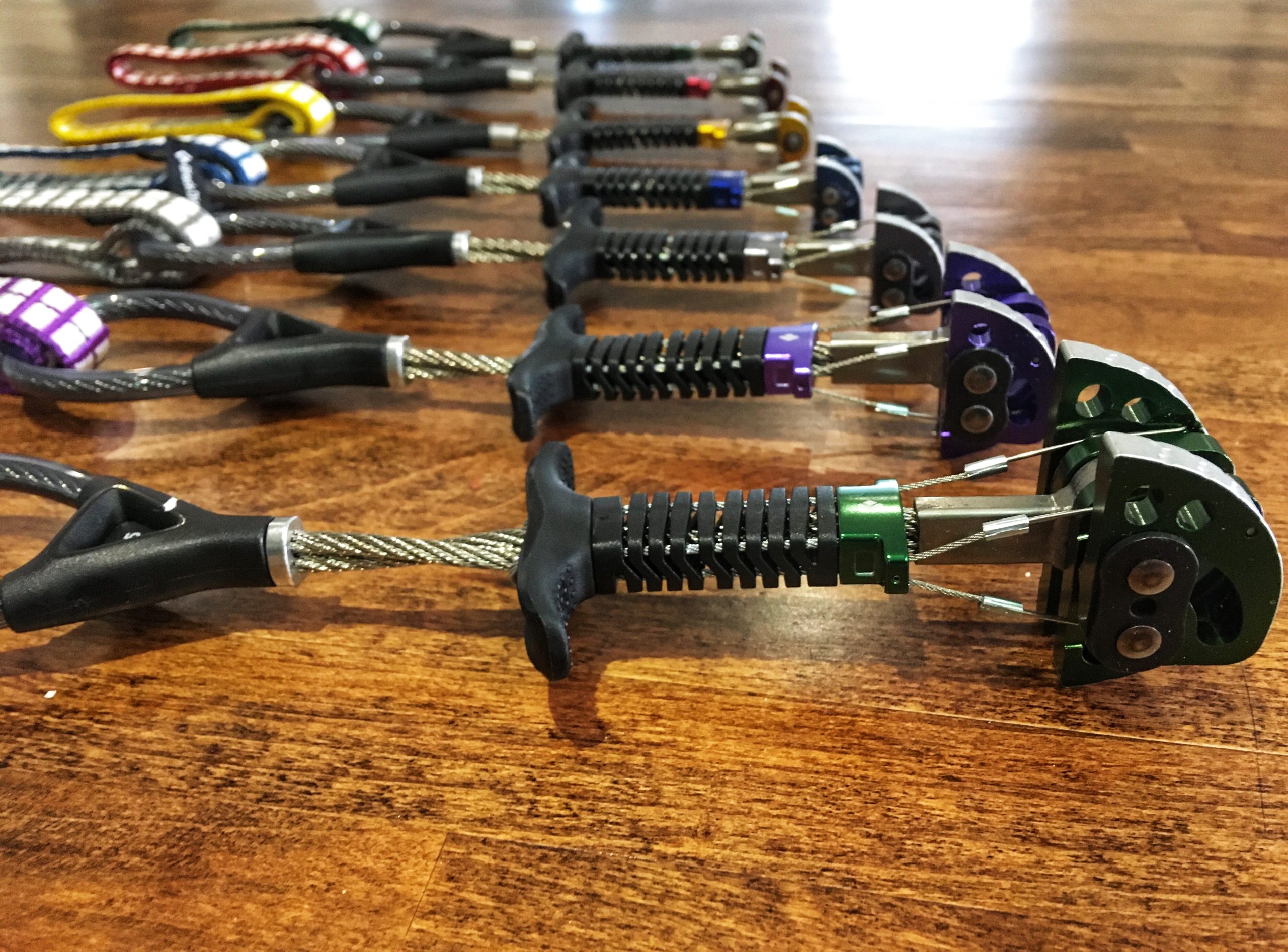 I have said it before, and will say it again.  I love the Black Diamond cam units.  They may not be the lightest cams on the market, but for me, they certainly present quality, innovative design and clever engineering.

So, Black Diamond have taken the head width of the old C3 units, taken the flexibility of the X4 units, sandblasted the cam lobes, improved it a little more, to give you the Black Diamond Z4 cam.

The problem with some of the larger sizes of the Black Diamond X4 cams, is that they are so flexible, that they can sometimes be tricky to place.  Especially when you are pumped or trying to place one in anger or desperation.  Those extra few moments, can mean a send. All of the Black Diamond Z4 cams are a single stem cam, where on the 0.3 and larger sizes the wire has been twisted.  This allows them to bend in all directions for maximum flexibility.  The sizes 0, 0.1, and 0.2 have only a single wire.  This means they perform to the same flexibility as the larger units. As we already know, the X4’s head width is already fairly narrow.  Surprisingly, the Black Diamond Z4 have narrower head units.  You will find the biggest difference in the bigger sizes. So, we have compared the Z4’s with the X4’s.  How do they fare against the C3 camming units?  Please find below a table of the camming ranges, comparing the C3 units with the Z4 camming devices.

What about the cam head width? As well as the Black Diamond Z4 cams having a smaller head unit, and being very flexible, they weigh less than the X4 camming units.  Please see table below for comparison:

With the smallest weight saving of 11%, which may not seem a lot. But proportionately, it is still a big difference.  With the biggest weigh saving of 28%, I mean, that is almost a third.  That is almost unheard of.

I weighed my X4 units (feel very sad doing this), but for the purpose of the review I thought this may be important.  All of the X4 units I weighed, came out to more than what was stated on the Black Diamond website.  (Not sure whether I have an older version).  Each unit came in 7-10 grams more, than what I have in the table above (see picture below as example, I’m certain the electrical tape does not weigh 9 grams). So, Black Diamond have narrowed the head units, made them super flexible, and put the Z4’s on a serious diet, to make them almost as light as the Black Diamond Ultralight camming units.  Although, the Z4’s don’t quite match the weight of the Ultralights (on only two units), I would always go for the Z4’s, as these have a longer lifespan, hence a better investment.  Because the loop of the Black Diamond Ultralight cams are made from dyneema, these have a limited lifespan of 10 years.  Whereas the Z4’s can last you a lifetime, with occasionally the tape being replaced, as the loop is made of metal wire.

If you were to compare the total weight of X4 range and the Z4 range, the Z4’s would come in at 44 grams lighter, and you would have an extra cam.  What’s not to like.

I personally think Black Diamond are well ahead of the game when it comes to cams.  Ever improving them.

Below is a table comparing the strength rating of the Z4 units:

From the table above, you can see that the Black Diamond Z4 cams’ strength rating compare like for like for most of its sizes.  The 2 bigger units are slightly stronger, than the X4 equivalent.  The units of size 0.3 to 0.75 are double-axle cams, hence these can be used as passive placements.  The other three units (0 – 0.2) are only able to be placed when actively cammed.

Comparing the strength rating with the cams from the C3 range, we can extract from the below table that the C3’s are stronger.  But to generate anything more than 5kN in climbing, you are talking about a fairly serious fall.

All of the lobes on the Black Diamond Z4 cams have been sandblasted.  In combination with the use of softer aluminium, this gives the cams extra bite.

As with the new C4 camming units, Black Diamond have tucked the information tag on inside of the sling.  This is so the tag does not get stuck on a carabiner.

The sling is made from a material called Dynex, which helps with the longevity of the camming unit, from its higher abrasion and cut resistance properties.

The Black Diamond Z4 cams have a unique colour coding to easily identify the correct size.  Hence, making it easier, when frantically looking for the right sized cam, when getting pumped out on a crux move.  Saving those few vital seconds that could mean a flash ascent, or a whipper. So, Black Diamond have taken the X4’s and the C3’s thrown them together.  They made the head narrower, the units lighter, very flexible once placed, rigid when placing them, made them very strong, and easy to identify.  It’s a no brainer.   If you are after a cam that performs to a very high level, look no further.  Easy to use, flexible when needed, light, an incredible design by Black Diamond.  You will not regret your decision, a worthwhile investment.

If you are interested in purchasing the new Black Diamond Z4 Cams, Bananafingers sell them: